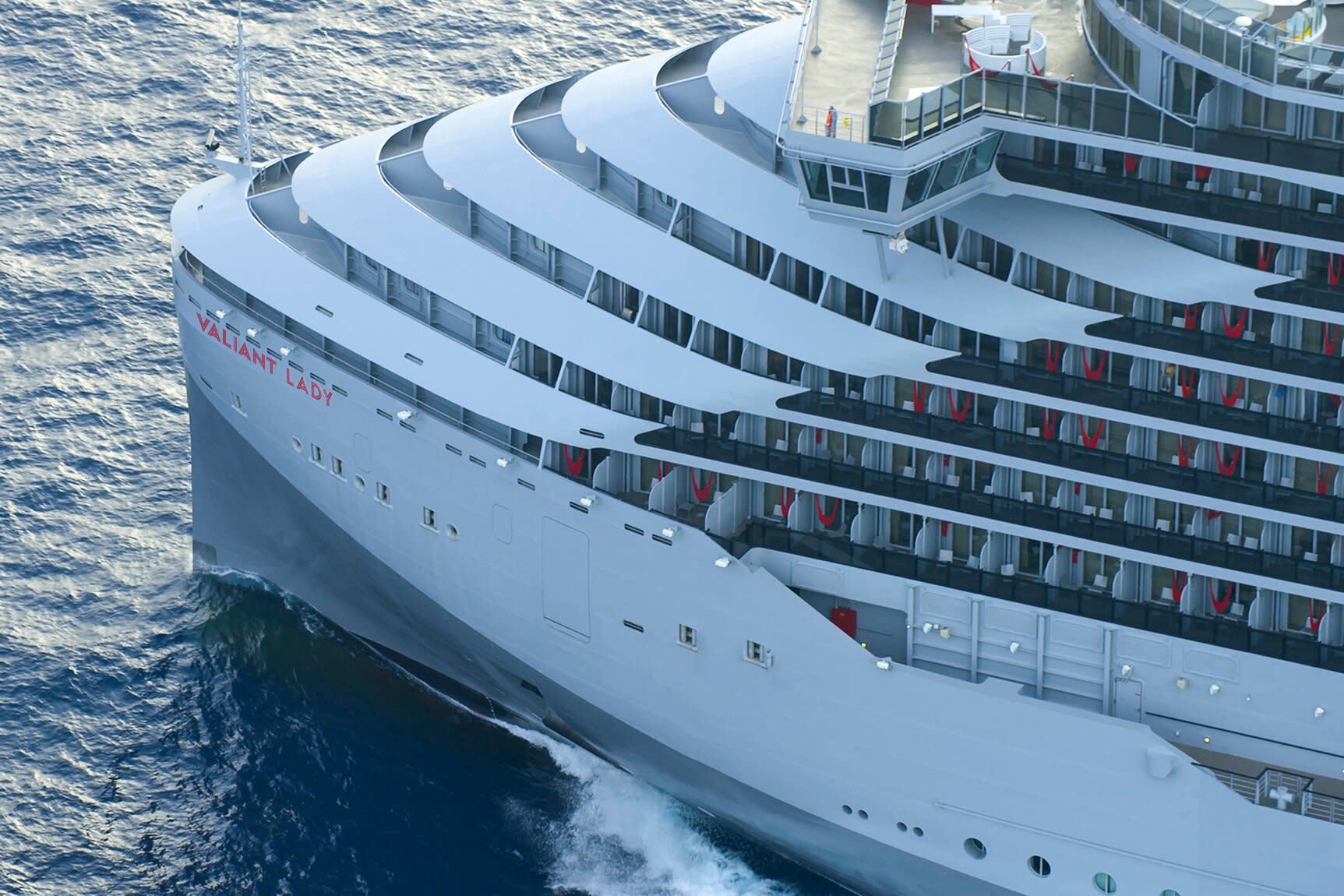 Virgin Voyages has delayed the debut of its second cruise ship, Valiant Lady.

The ship, now scheduled to make its maiden voyage from the UK in March 2022, was initially planned to head out to sea for its debut this September.

Its first set of UK cruises will take passengers from the UK to European destinations like Palma de Mallorca, Lisbon, and Belgium. These itineraries will be available from March 18 until May 14, 2022. Valiant Lady will then head to Barcelona to cruise throughout the Mediterranean in its first summer season, according to a press release shared with Travel + Leisure.

The first itinerary is a three-night long weekend in Zeebrugge, Belgium. The Valiant Lady will also sail an 11-night itinerary through the Canary Islands, Spain, and Portugal and a 12-night trip in Portugal and Spain.

The Valiant Lady pre-summer cruises will be available to book on the Virgin Voyages website from July 21. Travel advisors can now pre-register interested clients on the ship’s inaugural voyages.

Virgin Voyages has also canceled some of its Caribbean sailings aboard its first ship, Scarlet Lady, according to Travel Weekly. Three of its first U.S. voyages have been canceled and the ship is scheduled to depart Miami on Oct. 6.

The cruise line had intended on launching its cruises from Miami in June but, due to uncertainty about the CDC guidelines for restarting, Virgin launched smaller sailings from Portsmouth in August for three- and four-night trips, only available for vaccinated residents of the UK.

The initial Miami cruises have been canceled to accommodate the UK late summer season and factor in time for the ship’s transatlantic crossing.

The third ship of the new Virgin Voyages fleet, Resilient Lady, is expected to make its grand debut in Summer 2022, sailing around the Mediterranean and Adriatic seas.

Cailey Rizzo is a contributing writer for Travel + Leisure, currently based in Brooklyn. You can find her on Twitter, Instagram, or at caileyrizzo.com.

Online Business
We use cookies on our website to give you the most relevant experience by remembering your preferences and repeat visits. By clicking “Accept All”, you consent to the use of ALL the cookies. However, you may visit "Cookie Settings" to provide a controlled consent.
Cookie SettingsAccept All
Manage consent